The Archipelacon crew has released the kraken! The programme is out and, may I just say, looking FAN-TASTIC! There is something here for everyone, and even though the programme is really huge, it feels light and fun. There are up to seven different tracks, with items varying from space music, to talks about tv-shows, to George R R Martin reading, to folk music, to fear and loathing in hugoland, to nordic authors and their strange writing, to humor in science fiction and fantasy, and so on and so forth. Sounds awesome.

Here's the programme marked with the items I want to attend. As you can see, I shall have to clone myself! 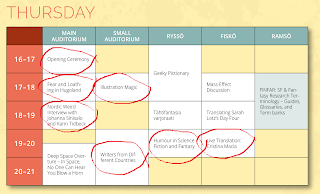 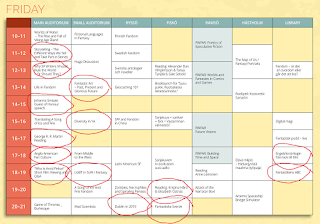 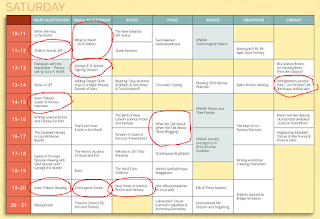 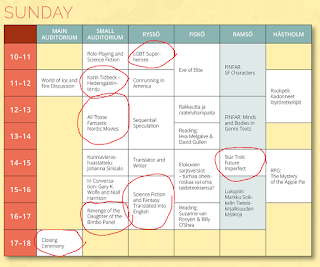 Are you coming to Archipelacon? And if so, what are you most looking forward to?
Posted by Fia at 2:18 PM No comments:

Malmöfandom is arranging a small event in "Poeten på Hörnet", the 17th of October. It will be a day of panels, presentations and discussion about litterature of the fantastic genre; science fiction and fantasy. We hope this event will be the first of many to come!

We will make an announcement when it's time to sign up for the event. Stay tuned!
Posted by Fia at 5:04 AM No comments: 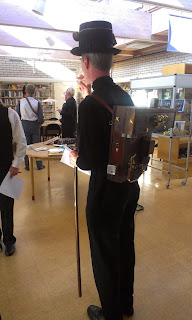 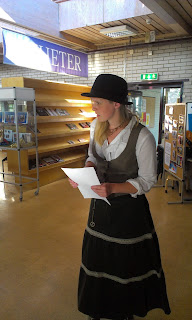 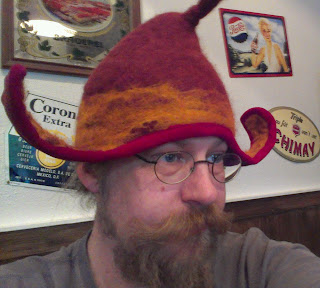 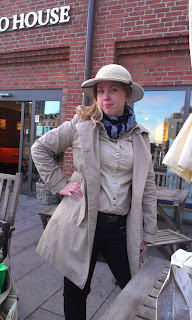 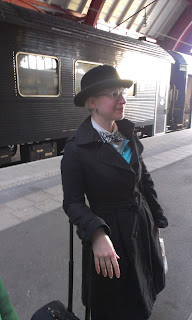 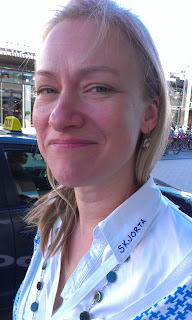 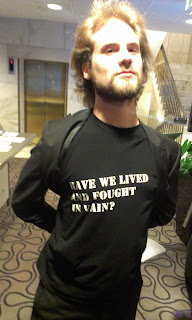 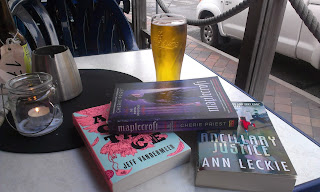 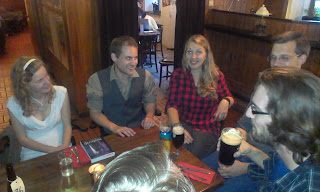 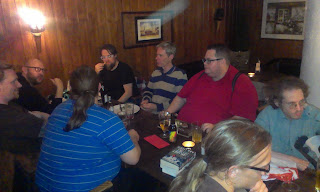 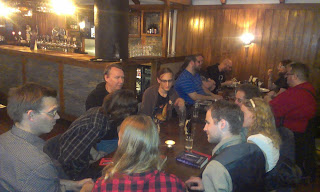 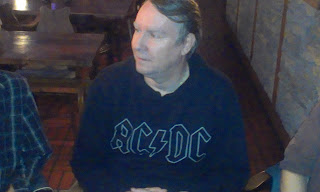 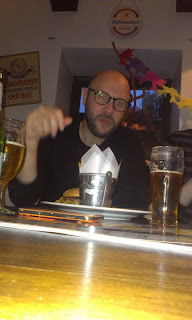 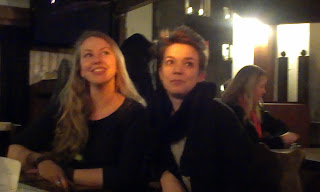 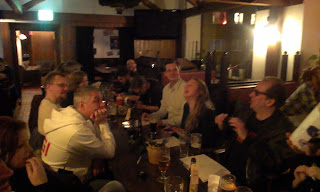 Posted by Socialist Simon at 6:54 AM No comments:

Entering fandom as a newcomer

"You're not buying a ticket to a convention, you are chipping in as a member of fandom, it's sort of a membership fee."

"I've created a fanzine, would you like to read it?"

"We are the SMOF and maybe you can be a NoFF."

"The guy performed a filk."

Are you confused yet? I know I was, when I first came in contact with fandom. And I think we need to talk about this.

The problem isn't the fact that there's fanspeak or that people don't know what fandom is, it's about how we introduce ourselves to newcomers and how we spring this whole subculture on them.

When I was at my first convention I was told that I was a fan, and that I was a member of fandom. I didn't like being filed into a category, since I didn't know what it entailed. In what context was I a fan? Isn't a fan usually a fan of something? "Do they think I am a fan of this Guest of Honour-writer that I've never read?" A fan is a devoted person, perhaps even fanatical. I wouldn't say I'm fanatical about books. And suddenly I felt like a fake, I couldn't live up to this charge. I felt like I didn't belong.

I didn't even know that science fiction, fantasy and all the subgenres were called fantastic fiction until my first convention.

Later on I wrote a paraphrase of Idas Sommarvisa about zombies. I write songs all the time, but now people told me I'd done something fannish, a filk. "What the hell does that even mean? A Filk?! Stop putting me into a box. I'm not a filker."

People don't like when other people define what they are. Even if it just means "you like science fiction" or "make folk music with science fiction theme". But I never had the opportunity to reflect on the meaning of the words before they were sprung on me.
In retrospect, the thing I missed at the beginning was the whole "Welcome to fandom, this is what we do"-speech. And that's why I am hosting a Meet and Greet-discussion at ConFuse, with Eva Norman, an experienced fan that's been in fandom for decades.
What you need to know, and what I will talk about in the Meet and Greet-item, is some of fandoms history and jargons.

Fandom is a group with longstanding traditions, which started around the 1930s when science fiction magazines connected people all over the US, and later on the rest of the globe. Hugo Gernsback was the pioneer who started it all with his magazine Amazing stories, which had a letter column where people could talk about the stories in the magazine. People started writing back and forth to one another, and soon a bunch of fanzines came out, and then people started having groups and meetings. The first convention is said to have been in Philadelphia in 1935.

This little piece of information is pivotal for understanding why fandom just referrs to itself as fandom. It is the original fandom, with it's own rituals and jargons spanning years and continents. The fans have even their own literary prize called "the Hugo", named after Hugo Gernsback. A Hugo ceremony takes place every year at the annual worldcon, where a Hugo is given to the best novel, novella, short story, etc of the year. The fans who are a member of the worldcon of the year get to vote.

Fanspeak came along in the early 60s I think, and is a slang of acronyms and in-jokes that could be good to know about, when entering the world of fandom. Some use it, some don't bother. It kind of grew on me, and as I came to understand more about fandom, I came to appreciate the slang more.

Although to be honest, fanspeak does give fandom a vibe of being a secret society, and that's not really inclusive. And I want it to be inclusive.

And then there's this other thing that's not really inclusive; Nerd résumés. I've sometimes heard people talk about feeling discouraged when (or even before) entering entusiastic groups of nerds. Maybe some people are a bit socially awkward and when trying to connect, they tend to quiz newcomers about their nerd qualifications. Or maybe newcomers just think they will be judged, since they don't think they know as much or read as much as some of the other people who attend pub meetings. This makes me sad. I don't want anyone to feel like they don't belong to fandom, or feel like fake fan. So let me lay down the law for you.

It doesn't matter if you don't read much. It doesn't matter if you don't know who Heinlein is, don't like Tolkien, or only read horror novels. It doesn't make you more or less of a fan. There's no entrance exam, you don't have to show your nerd résumé. As long as you want to be considered a fan, you are a fan. Maybe you like animé. Maybe you like this one obscure writer and only read that and nothing else. You can still be a part of fandom. You don't have to know science. You don't have to know anything. (You can be just as ignorant as Jon Snow, and no one has the right to judge you.)

Although it would probably help if you were interested in some kind of fantastic element of literature, but if you weren't, I doubt we would have this conversation.

Now, I would like to know your thoughts on entering fandom as a newcomer. Is there anything you experienced or thought about, or any reaction that you would like to share? I could use some input to make the best possible Meet and Greet fandom has ever seen. :)

Welcome to the Malmöfandom blog!

If you're new to fandom, welcome! We are a independent network of people who love to read, write and talk about science fiction and fantasy books, or more correctly; the fantastic genre.

We often call ourselves fans, since we are fans of reading sf- and fantasy, and we like to arrange litterature events called conventions (kongresser, in swedish) where we invite special guests to talk about science fiction and fantasy (often writers who themselves are fans of the fantastic litterature).

Here in Sweden we have an annual sf-conference called Swecon. This year, 2015, it's in Linköping and is called ConFuse. Guests of Honour are writers Madeline Ashby, Ben Aaronovitch and Kristina Hård.

I, who write this, is called Fia, and I am one of the creators of Malmöfandom with big hopes for a Malmö-convention in the future. Stay tuned for more info on that later on! And welcome to Malmöfandom. If you're ever in Malmö, make sure you visit us!
Posted by Fia at 12:34 PM No comments:

Pub meetings are the second wednesday of the month (unless it's a holiday), at Nya Tröls, Karlskronaplan 1, Malmö. We start around 18 pm. If you'd like to eat, you would probably want to pre order at nyatrols@yahoo.se.
If you're travelling to Malmö, the easiest way to get to the pub is by bus. Take bus 32 from Malmö C to Karlskronaplan, and you'll be there in no time!
The menu is here: http://www.nyatrols.se/Meny%202015%20va__r%2015x35.pdf
Café meetings takes place the tuesday the week before the pubmeetings, and the tuesday two weeks after. It's 17.30 at the café on Davidhallstorg 3 in Malmö, called Lite off.